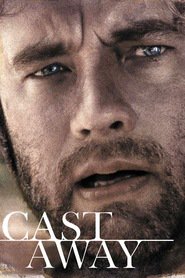 
Tagline: At the edge of the world, his journey begins.

Plot: Chuck, a top international manager for FedEx, and Kelly, a Ph.D. student, are in love and heading towards marriage. Then Chuck's plane to Malaysia ditches at sea during a terrible storm. He's the only survivor, and he washes up on a tiny island with nothing but some flotsam and jetsam from the aircraft's cargo. Can he survive in this tropical wasteland? Will he ever return to woman he loves?

Validated XF Owner
Personally I liked the soccer ball. Best method actor in the movie.
Movie information in first post provided by The Movie Database
You must log in or register to reply here.
Share:
Share
Top