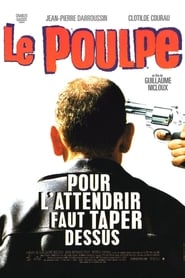 Plot: Gabriel, dit Le Poulpe (The Octopus) is a laid-back private investigator who works on cases for his own pleasure. He is drawn to the fictional Loire Valley port of Angerneau, with his lover Clotilde who has been summoned by the police concerning the defacement of a deceased relative's grave. Since Angernau is her home town, she wants to leave it as soon as possible to avoid old acquaintances, but Gabriel stumbles on intriguing events concerning the cargo of a ship in port.

Validated XF Owner
It seems that the YouTube doesn't works