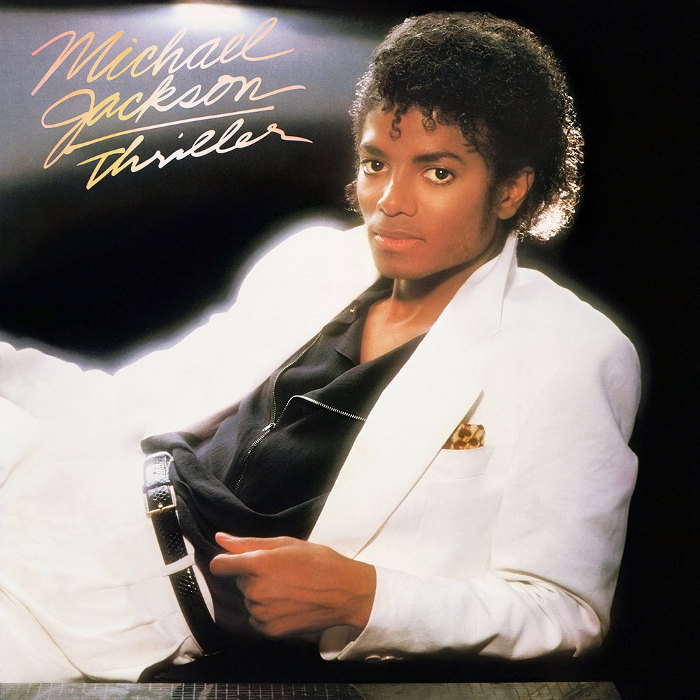 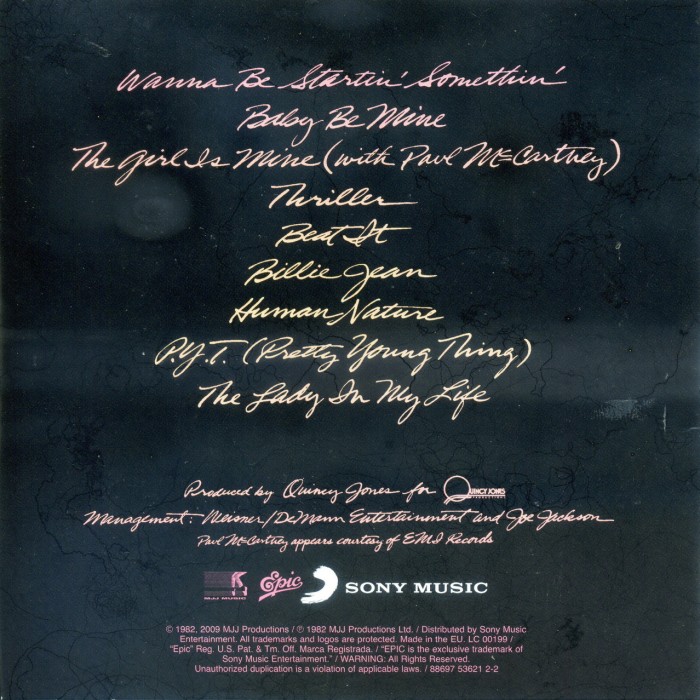 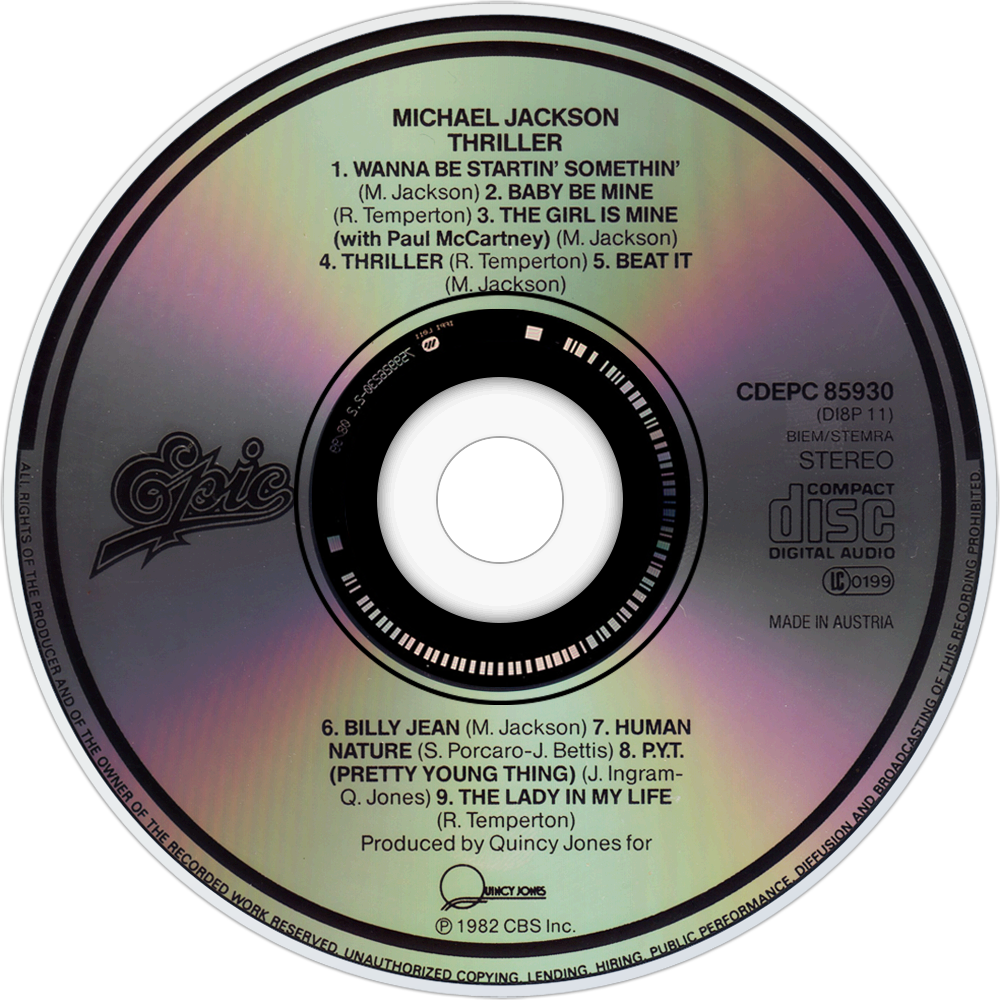 Overview:
Thriller is the sixth studio album by American recording artist Michael Jackson. It was released on November 30, 1982, by Epic Records as the follow-up to Jackson's critically and commercially successful 1979 album Off the Wall. Thriller explores similar genres to those of Off the Wall, including pop, R&B, rock, post-disco and adult contemporary music.
Recording sessions took place between April and November 1982 at Westlake Recording Studios in Los Angeles, California, with a production budget of $750,000, assisted by producer Quincy Jones. Of the nine tracks on the album, four of them were written by Jackson himself. Seven singles were released from the album, all of which reached the top 10 on the Billboard Hot 100. Three of the singles had music videos released. "Baby Be Mine" and "The Lady in My Life" were the only tracks that were not released as singles. In just over a year, Thriller became-and currently remains-the best-selling album of all time, with sales estimated by various sources as being between 65 and 110 million copies worldwide, and is also tied with Their Greatest Hits (1971-1975) by the Eagles as the best-selling album in the United States. The album won a record-breaking eight Grammy Awards at the 1984 Grammys.
Thriller enabled Jackson to break down racial barriers via his appearances on MTV and meeting with President of the United States Ronald Reagan at the White House. The album was one of the first to use music videos as successful promotional tools-the videos for "Thriller", "Billie Jean" and "Beat It" all received regular rotation on MTV. In 2001, a special edition issue of the album was released, which contains additional audio interviews, a demo recording and the song "Someone In the Dark", which was a Grammy-winning track from the E.T. the Extra-Terrestrial storybook. In 2008, the album was reissued again as Thriller 25, containing re-mixes that feature contemporary artists, a previously unreleased song and a DVD.
Thriller ranked number 20 on Rolling Stone magazine's 500 Greatest Albums of All Time list in 2003, and was listed by the National Association of Recording Merchandisers at number three in its Definitive 200 Albums of All Time. The Thriller album was included in the Library of Congress' National Recording Registry of culturally significant recordings, and the Thriller video was included in the National Film Preservation Board's National Film Registry of "culturally, historically, or aesthetically significant films". In 2012, Slant Magazine listed the album at #1 on its list of "Best Albums of the 1980s".
Music information in first post provided by The AudioDB
You must log in or register to reply here.
Top