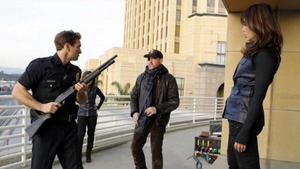 In the aftermath of The Avengers' battle in New York City, the world attempts to come to grips with the presence of superheroes, gods, and aliens in their midst. Agent Coulson is resurrected under mysterious circumstances and forms an elite team of agents from S.H.I.E.L.D. to keep track of a secret organization known as The Rising Tide. Meanwhile, they must deal with other menaces, such as a man who suddenly finds himself with vast uncontrollable power.
TV show information provided by The Movie Database
You must log in or register to reply here.
Share:
Share
Top