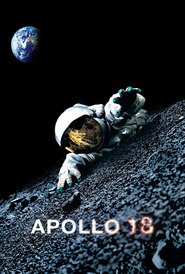 
Tagline: There's a reason we've never gone back to the moon.

Plot: Officially, Apollo 17 was the last manned mission to the moon. But a year later in 1973, two American astronauts were sent on a secret mission to the moon funded by the US Department of Defense. What you are about to see is the actual footage which the astronauts captured on that mission. While NASA denies it's authenticity, others say it's the real reason we've never gone back to the moon.

Validated XF Owner
Applications Owner
Raffles Owner
TMDb Threads Owner
OSB Display Owner
PayPal Balance Owner
Custom Add-On Owner
Social Groups Owner
XF2 Groups Owner
XF2 Raffles Owner
XF2 OSB Owner
XF2 Movies Owner
XF2 TV Owner
XF 2 PayPal Owner
XF2 Games Owner
XF 2 Style Stats
XF 2 Music Owner
What a strange movie, very slow to start with but then it got going. A lot of the clips are done so it appears as if you really seeing a live coverage of what is going down at the time. Worth watching but not a must see really.
Movie information in first post provided by The Movie Database
You must log in or register to reply here.
Share:
Share
Top