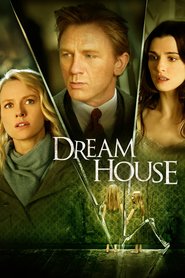 
Tagline: Once upon a time, there were two little girls who lived in a house.

Plot: Publisher Will Atenton (Daniel Craig) quits a lucrative job in New York to relocate his wife, Libby (Rachel Weisz), and their daughters to a quaint town in New England. As they settle into their home, however, the Atentons discover that a woman and her children were murdered there, and the surviving husband is the town's prime suspect. With help from a neighbor (Naomi Watts) who was close to the murdered family, Will pieces together a horrifying chain of events.

Applications Owner
Raffles Owner
TMDb Threads Owner
OSB Display Owner
PayPal Balance Owner
Custom Add-On Owner
Social Groups Owner
XF2 Groups Owner
XF2 Raffles Owner
XF2 OSB Owner
XF2 Movies Owner
XF2 TV Owner
XF 2 PayPal Owner
XF2 Games Owner
XF 2 Style Stats
XF 2 Music Owner
I always did enjoy movies with Daniel Craig and this was no exception. This one should not be missed and has a lot of suspense and and keep you on the edge of your seat until the end
Movie information in first post provided by The Movie Database
You must log in or register to reply here.
Share:
Share
Top