Only posted this to show that prefixes work. 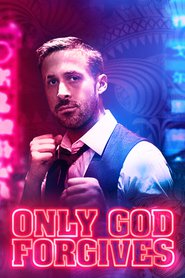 
Tagline: Time to Meet The Devil

Plot: Julian, who runs a Thai boxing club as a front organization for his family's drug smuggling operation, is forced by his mother Jenna to find and kill the individual responsible for his brother's recent death.
Movie information in first post provided by The Movie Database
You must log in or register to reply here.
Top Bottom