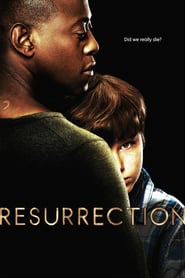 Overview: Resurrection is an American fantasy drama television series based on the book The Returned by Jason Mott that follows the residents of Arcadia, Missouri, whose lives are upended when their loved ones return from the dead, unaged since their deaths.
TV show information provided by The Movie Database
You must log in or register to reply here.
Share:
Share
Top