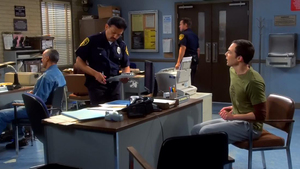 Amy and Leonard drive to Arizona to pick up Sheldon because he had been robbed while on his train trip. Penny has a job interview at Bernadette's company as a pharmaceutical rep. Stuart isn't moving out of Howard's mother's house.
TV show information provided by The Movie Database
You must log in or register to reply here.
Share:
Share
Top