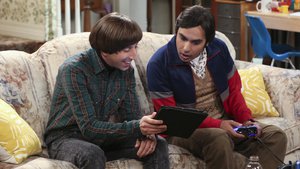 Sheldon has a revelation when he realizes why a song was stuck in his head. Also, Amy invites Dave over for dinner despite their previously awkward date, and Wolowitz and Koothrappali become obsessed with a fan of their band, "Footprints on the Moon".
TV show information provided by The Movie Database
You must log in or register to reply here.
Top Bottom