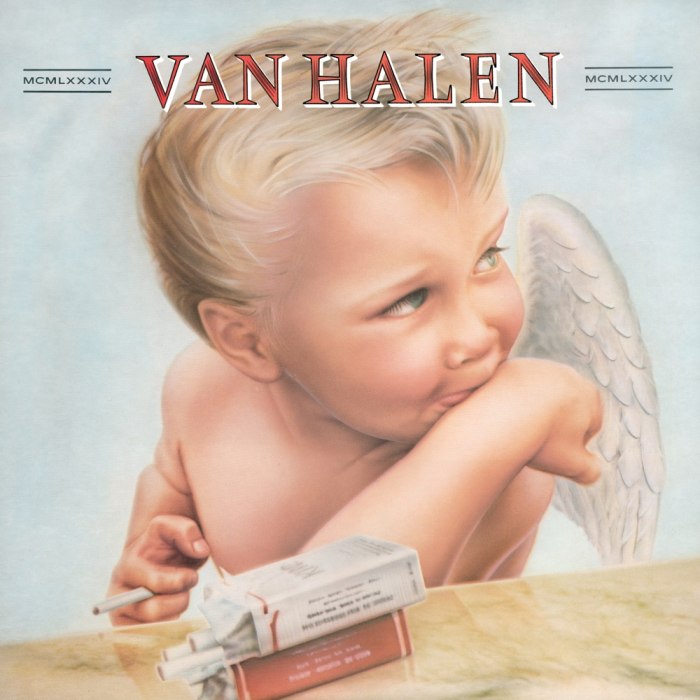 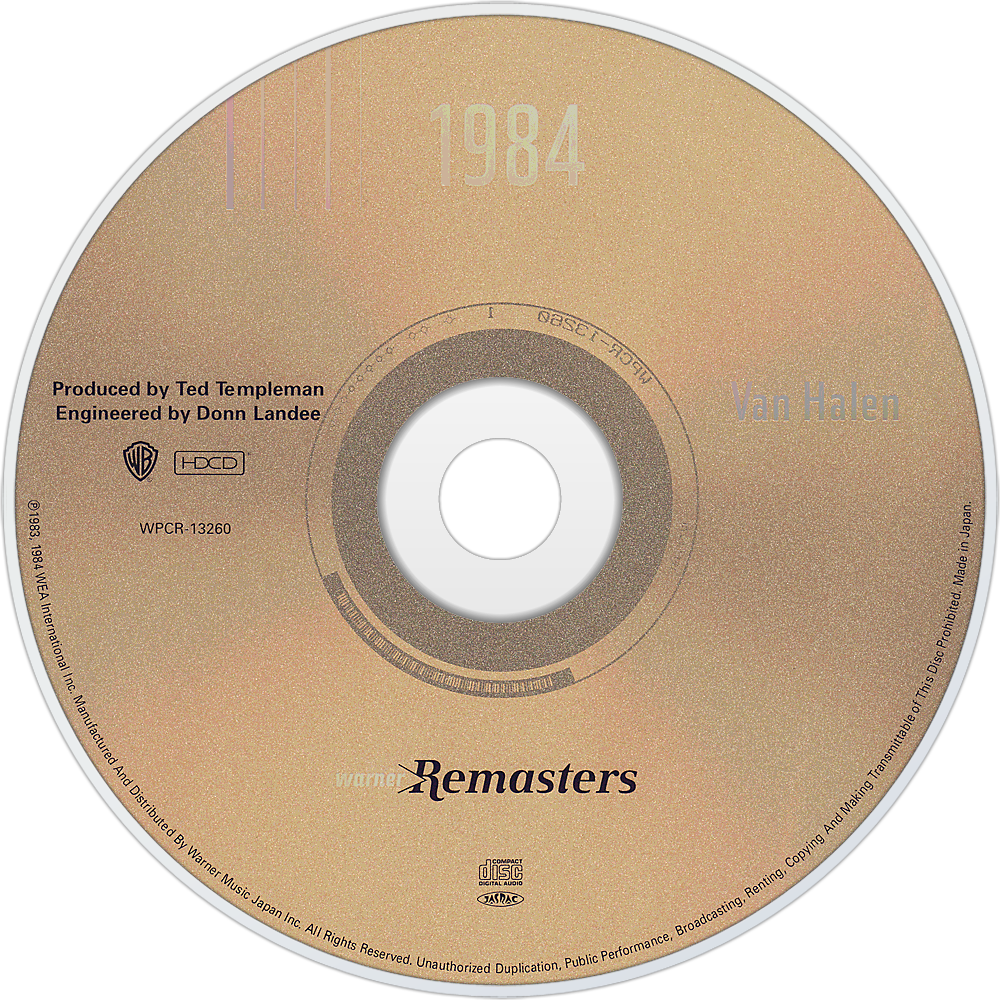 Overview:
1984 (written as MCMLXXXIV on the front cover) is the sixth studio album by American hard rock band Van Halen. One of the band's most popular albums (in terms of both record sales and chart performance), it was the final album featuring singer David Lee Roth until 2012 when the band released A Different Kind of Truth.

Eddie Van Halen, well known for his guitar prowess but also a classically-trained pianist, used 1984 as an opportunity to take the band into different territory. Additionally, 1984 was the first Van Halen album to be recorded at Eddie's home studio, 5150. His keyboard playing is more prominent on this album than on any prior Van Halen album, particularly on the songs "Jump" and "I'll Wait", the first and second singles from the album, and "1984", a one-minute synthesizer and effects instrumental (the effects had been used as part of Michael Anthony's live bass solo on the Diver Down tour) which opened the album.
The summer saw the release of the album's third single "Panama", which featured a heavy guitar riff reminiscent of Van Halen's earlier work (the engine noise was from Eddie revving up his Lamborghini, with microphones being used near the tailpipes). Later, a video of "Hot for Teacher" was released and played regularly on MTV, giving the band a fourth hit which further sustained sales of the album. Other songs on 1984 included "Girl Gone Bad", parts of which previously had been played during the same tour during performances of "Somebody Get Me a Doctor" (most famously at the US Festival show), the hard rock "Drop Dead Legs" and "Top Jimmy", a tribute to James Paul Koncek of the band Top Jimmy & The Rhythm Pigs. The album concludes with "House of Pain", a fast paced heavy song that dates back to the band's early club days of the mid-1970s.

During an interview for the King Biscuit Flower Hour radio show in 1985,[specify] Eddie claimed to have written, "Girl Gone Bad" in a hotel room that he and Valerie Bertinelli had rented. Valerie was asleep, and Eddie woke up during the night with an idea, he had to put on tape. Not wanting to wake Valerie, Eddie grabbed a small cassette recorder and recorded himself playing guitar while in the closet.

Eddie claims to have written the arrangement for "Jump" years before the album was recorded, and is evidenced in a 1982 interview where he played it over the phone.[citation needed] Roth said he came up with the lyric because it was leap year, and because he saw a man on television wanting to commit suicide by jumping off a building.

A slightly different version of "House of Pain" was recorded by the band years prior to the 1984 album being released. The song was demoed when the band recorded material for Gene Simmons.

The iconic cover was created by graphic artist Margo Nahas. Margo had been asked to create a cover that featured four chrome women dancing. After looking through a portfolio, the band found the perfect image of the angel. The model was Carter Helm, who was the child of one of Margo's best friends.
Music information in first post provided by The AudioDB
You must log in or register to reply here.
Top Bottom