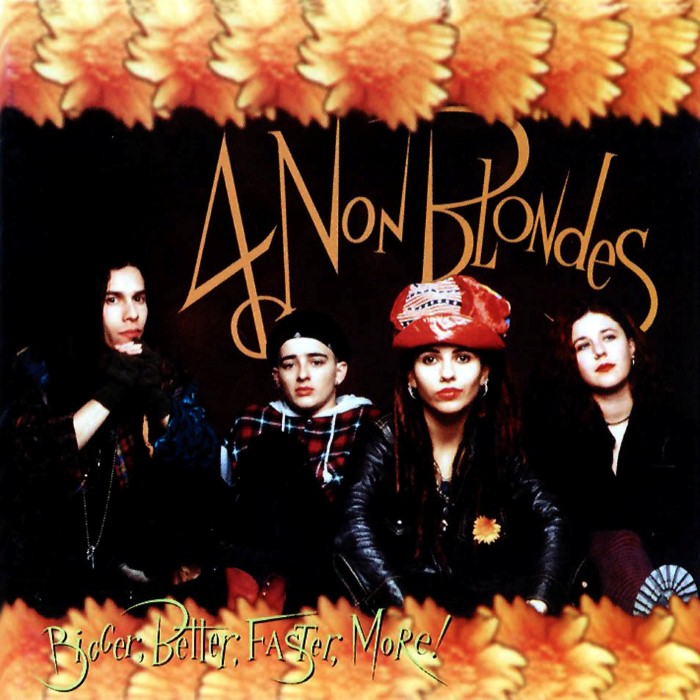 San Francisco's 4 Non Blondes burst onto the national scene with their massive, neo-hippie anthem "What's Up" from their debut Bigger, Better, Faster, More? Although they failed to recreate the single's success, the album, as a whole, is a fairly engaging mix of alternative rock, quasi-funk, and blues.

The focal point is on lead singer Linda Perry who also plays guitar and was the primary writer of the material. Perry has a powerful set of pipes akin to Johnette Napolitano, but, unfortunately, she tends to cut loose when a little more restraint would benefit the proceedings. However, "Superfly" is a feel good, funky number and "Spaceman"'s yearning lyrics are delivered over a quiet, martial drum rhythm. A solid debut that got lost in the wake of its mammoth hit.

Validated XF Owner
I would agree with you on this one. It is in my collection.