In Search of the Lost Chord 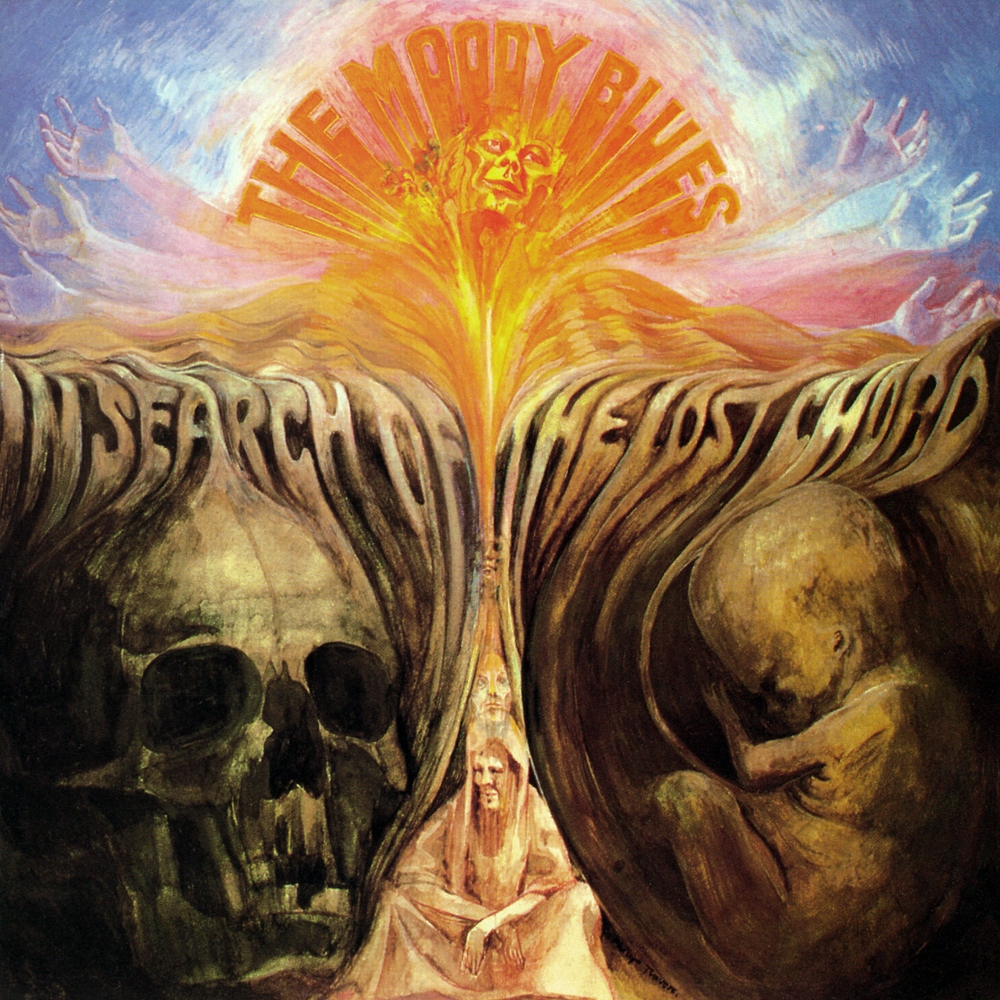 Overview:
In Search of the Lost Chord is a concept album around a broad theme of quest and discovery, including world exploration ("Dr. Livingstone, I Presume"), music and philosophy through the ages ("House of Four Doors"), lost love ("The Actor"), spiritual development ("Voices in the Sky"), knowledge in a changing world ("Ride My See-Saw"), higher consciousness ("Legend of a Mind"), imagination ("The Best Way to Travel"), and space exploration ("Departure"). Space exploration would go on to become the theme of the Moodies' 1969 album To Our Children's Children's Children, inspired by and dedicated to the Apollo 11 mission. The mysterious "lost chord" of the title is revealed to be the mantra "Om" (in the last stanza of Graeme Edge's poem "The Word").

According to keyboardist Mike Pinder, the title was inspired by Jimmy Durante's humorous song, "I'm the Guy that Found the Lost Chord," itself a reference to The Lost Chord by Sir Arthur Sullivan.

After using the London Festival Orchestra for the interludes (but not the songs) on Days of Future Passed, the Moody Blues played all instruments themselves - approximately 33 - on In Search of the Lost Chord. Indian instruments such as the sitar (played by guitarist Justin Hayward), the tambura (played by keyboardist Mike Pinder) and the tabla (played by drummer and percussionist Graeme Edge) made audio appearances on several tracks (notably "Departure", "Visions of Paradise" and "Om"). Other unconventional (for the Moodies) instruments were also used, notably the oboe (played by percussionist/flute player Ray Thomas) and the cello (played by bassist John Lodge, who tuned it as a bass guitar). The mellotron, played by Pinder, produced many string and horn embellishments.

Sessions for the album commenced in January 1968 with the recording of Thomas's "Legend of a Mind". The song's title does not appear in the lyrics, which are about LSD advocate Timothy Leary.

Having already experimented with spoken word interludes on "Morning Glory" and "Late Lament" on Days of Future Passed, the Moody Blues tried the practice again on In Search of the Lost Chord, on the Graeme Edge-penned pieces "Departure" and "The Word". The latter was recited by Pinder, who was the primary reciter of Edge's poems on this and other Moody Blues albums. "Departure", which escalates from mumbling to hysterical laughter, is a rare example of Edge doing his own recitation.

In Search of the Lost Chord peaked at #23 on the US album charts upon its release in July 1968. It reached #5 in the UK. Neither of the two singles from the album, "Ride My See-Saw" nor "Voices in the Sky", charted in the top 40 on the Billboard charts, although the latter reached #27 on the UK singles chart.

In March 2006 the album was remastered into SACD format and repackaged as a two-CD Deluxe Edition.

In 2008 a remaster for single standard audio CD was issued with the nine bonus tracks.

In the Q and Mojo Classic Special Edition Pink Floyd & The Story of Prog Rock, the album came #37 in its list of "40 Cosmic Rock Albums".

Validated XF Owner
I have all of their albums and listen to one at least once a week.
Music information in first post provided by The AudioDB
You must log in or register to reply here.
Share:
Share
Top