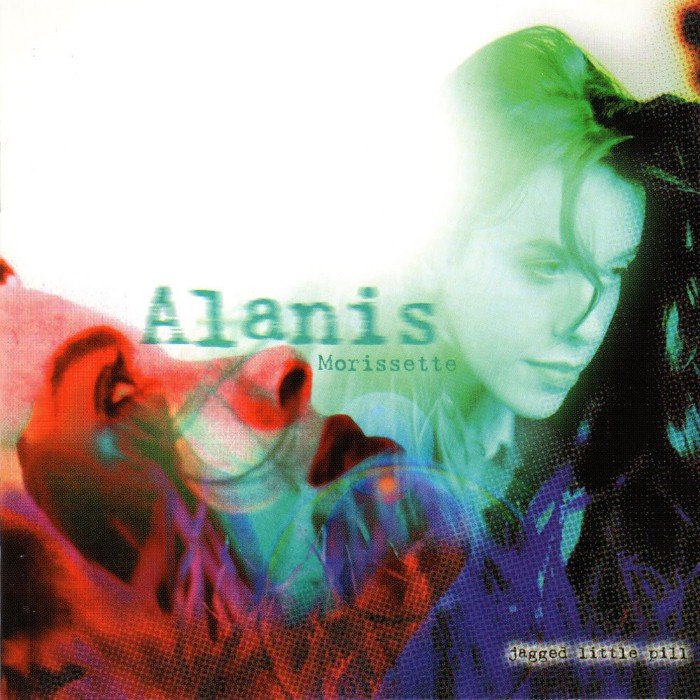 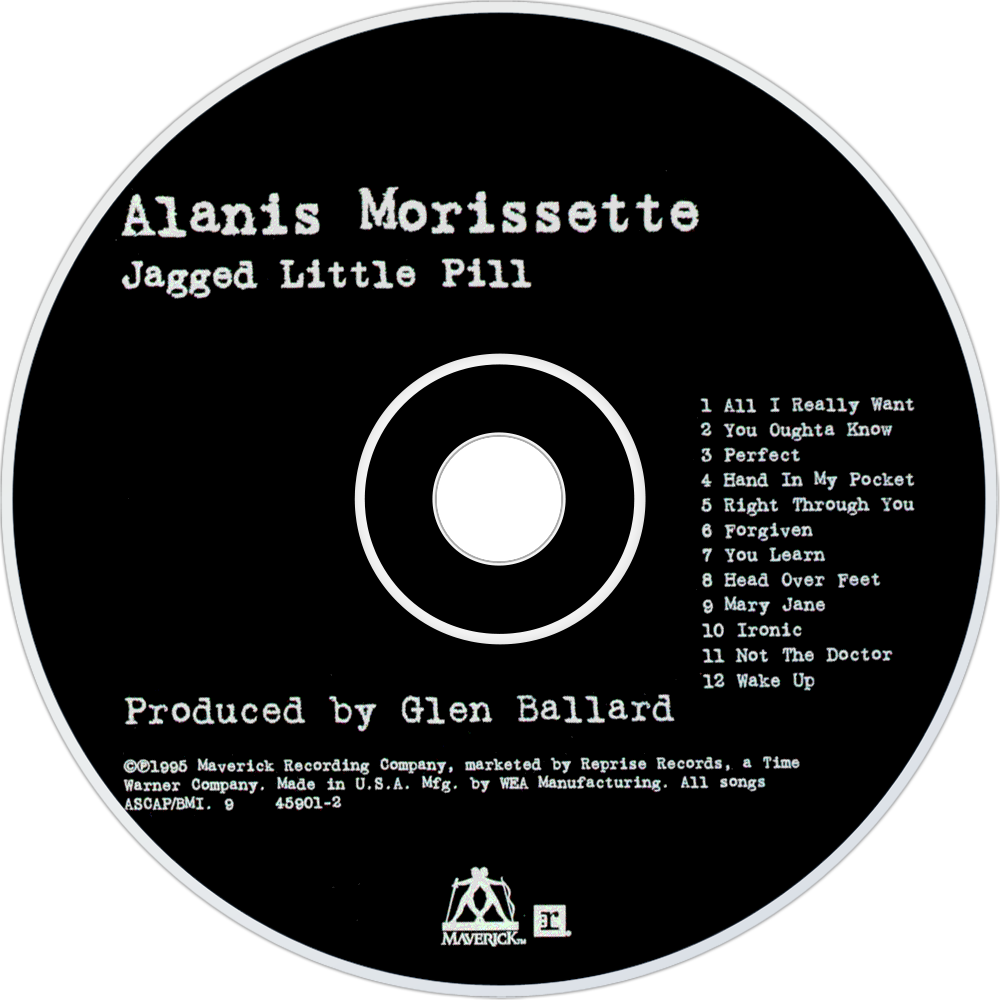 Overview:
Jagged Little Pill is the third studio album by Canadian-American recording artist and songwriter Alanis Morissette. Morissette's first internationally released album, and her first studio album after the three year hiatus following her break with MCA Records, it became a commercial and critical success, selling over 33 million copies worldwide. Co-written with the album's producer, Glen Ballard, who introduced a pop sensibility to Morissette's bitter angst, Jagged Little Pill produced six singles, including the Grammy nominated "Ironic".
Morissette started recording the album after moving to Toronto, Canada until she travelled to Los Angeles where she met the producer Glen Ballard, who was the only producer for the album. The album had charting success worldwide, peaking at number one in her native Canada for 24 weeks (three weeks in late 1995, an unbroken 19-week run in 1996 and two separate weeks later in the year) as well as reaching number one on the U.S. Billboard 200, staying there for twelve non-consecutive weeks. By 2009, the album had sold over 33 million units/copies worldwide, topping the charts in ten countries, including the UK, Sweden, Australia, New Zealand, Finland and the Netherlands among them and even ranked in the top 100 on the countries' best selling of all time lists. Billboard further ranked the album as the number one Best Selling album of 1990's.
During the last three years of the 1990s, the album was nominated nine times in the Grammy Awards. Morissette won five awards out of nine there. In 1996, she won the Grammy Award for Album of the Year, making her the youngest artist in history to win the title at age 21 until fourteen years later. She also won Best Rock Album. Her single "You Oughta Know" won two grammys, Best Female Rock Vocal Performance & Best Rock Song, the same song was also nominated for Song of the Year, as well as herself being nominated as Best New Artist in the same year.
Jagged Little Pill received general acclaim from music critics, with many praising the album's talent and lyrical content. The album received many accolades. In October 2002, Rolling Stone ranked it number 31 on its Women In Rock - The 50 Essential Albums list, and in 2003 the magazine ranked it number 327 on its list of The 500 Greatest Albums of All Time. The album also holds a title in The Definitive 200 Albums list, in which it is placed at number 26. The album ranked at #50 on Rolling Stone's list of Women Who Rock: The 50 Greatest Albums of All Time in 2012.