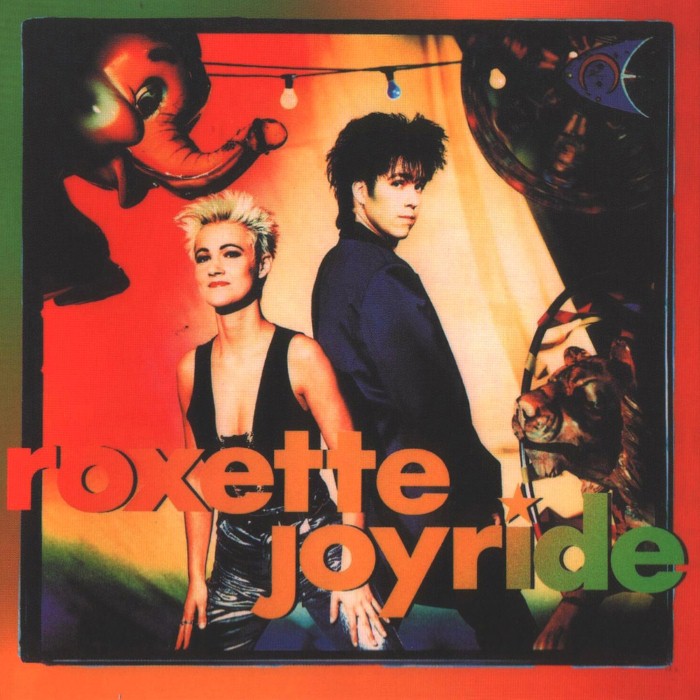 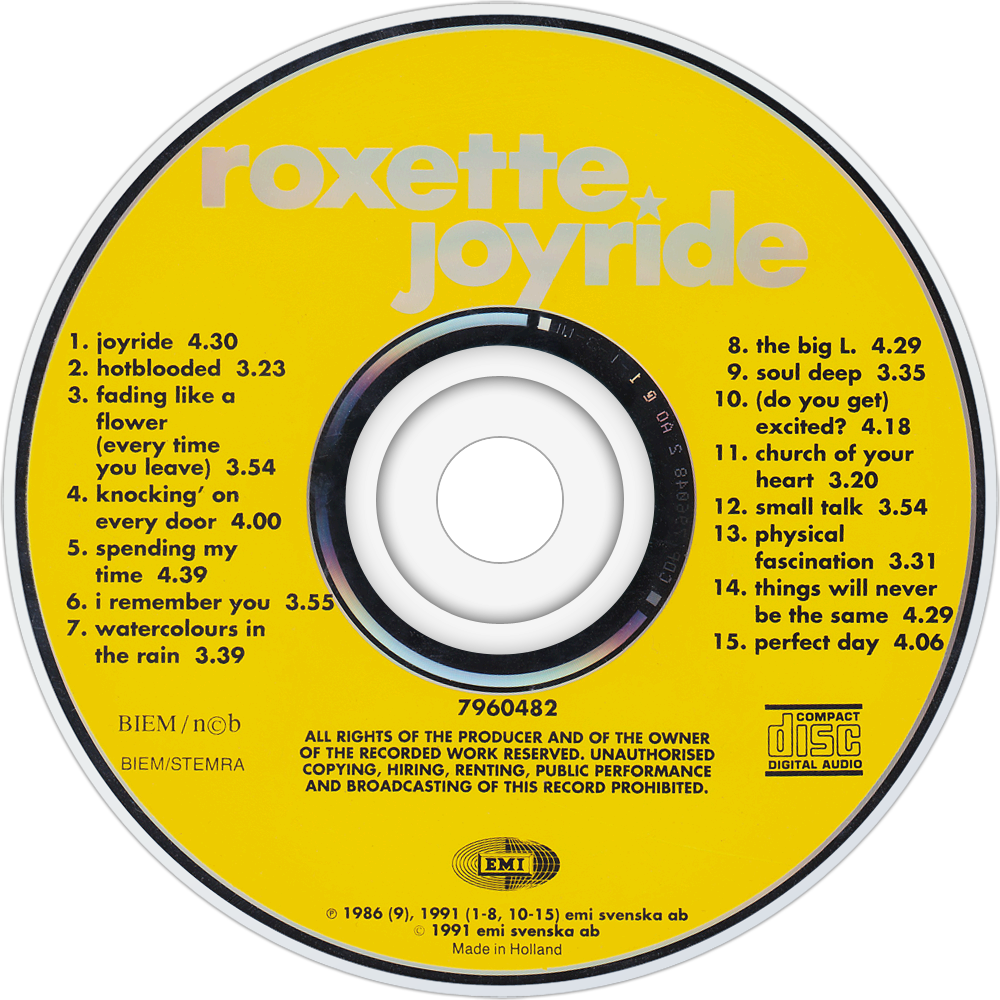 Overview:
Joyride is the third studio album by Swedish duo Roxette, released 28 March 1991 by EMI. After the great popularity of "It Must Have Been Love" single and enormous sales of Look Sharp!, Joyride became just as successful, spawning the US #1 hit "Joyride". "Joyride", "Fading Like a Flower", "The Big L.", "Spending My Time", and "Church of Your Heart" were released as singles. Roxette's original recording of "Soul Deep" (more synthesiser-driven and with less guitars) appeared on their 1986 album Pearls of Passion. In some releases, "I Remember You" was an additional track on the album, bringing the total track count to 15 instead of 14. "Joyride" became Roxette's fourth and last US #1 single.
Joyride immediately became a worldwide best-seller. It held the position of best selling album in Europe for 2 weeks in June 1991, following its debut and peak at #2 on UK charts two months earlier. It was certified 2x platinum by BPI in August 1992 for selling more than 600,000 copies, after staying on British charts for almost a year. Joyride reached #12 on the American Billboard Top 200 albums and was certified platinum by the RIAA in July 1991, eventually selling 1.3 million copies there and stayed on charts there for over a year. Joyride also reached the upper end of charts across the world, including #1 in Germany (13 weeks) and #1 in Sweden (7 weeks). In Argentina, the album was awarded as the best-selling English album ever (to that date), with sales of more than 400,000 copies there. To date the album has sold over 11 million copies worldwide.