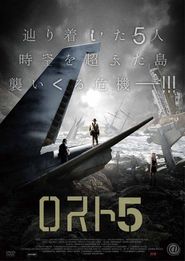 Plot: A cinematic adaptation of Jules Verne's 1874 novel "The Mysterious Island", the story begins during the American Civil War, as famine and death ravage the city of Richmond, Virginia. Five northern POWs make the decision to escape the war by hijacking a hot air balloon! Drifting through the night, they wake to find themselves marooned on a desert island, but they aren't alone... Littered with wreckage, the island is home to cast of survivors who have been lost in space and time, including Jules and Abby Fogg, two young women from modern times who become stranded while flying over the Bermuda Triangle. Faced with defending themselves against vicious pirates, terrifying creatures, and an active volcano that's ready to blow, they must find a way to survive and escape the island. Hope only comes when they encounter the island's oldest resident, Captain Nemo himself. With his help, they set to work crafting an escape...