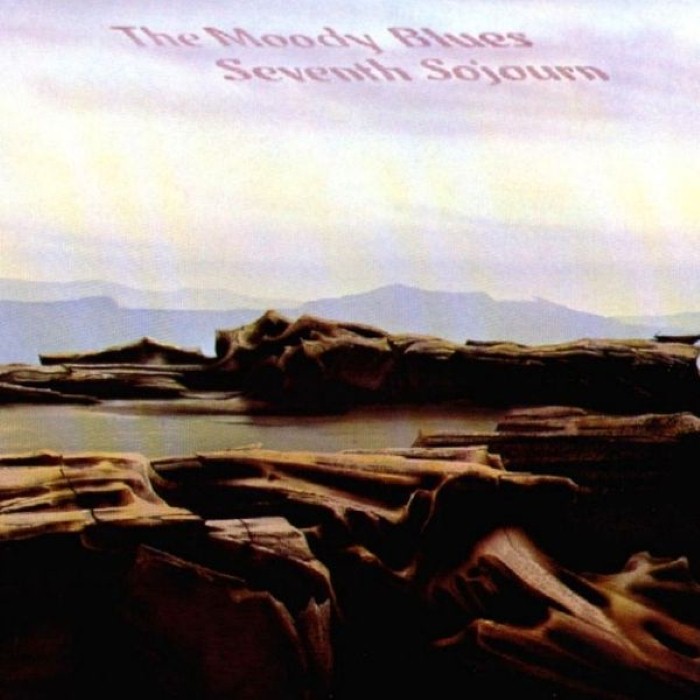 Overview:
Seventh Sojourn, released in 1972, is - despite the name - the eighth album by The Moody Blues.

In Seventh Sojourn, The Moody Blues used, besides the Mellotron, a keyboard called the Chamberlin, a device similar to the Mellotron created by the original inventor of the device, Harry Chamberlin. It could simulate orchestral sounds more realistically and easily than the Mellotron.

Seventh Sojourn reached #5 in the United Kingdom, and became the band's first American chart topper, spending five weeks at #1 to close out 1972.

Two hit singles came from this album: "Isn't Life Strange" (#13 UK, #29 US) and "I'm Just a Singer (In a Rock and Roll Band)" (#36 UK, #12 US). However, both songs were overshadowed by the re-release of "Nights in White Satin," which had been first released in 1967. Whereas both singles from Seventh Sojourn made the top 40, "Nights In White Satin" bested both, hitting #9 in the UK and #2 in the United States and gaining the highest American chart position for a Moody Blues single.

Several songs contain overt political references. Mike Pinder's "Lost in a Lost World" laments the brutality of revolution ("Revolution never won / It's just another form of gun") and racial tension ("In their eyes it's nation against nation against nation / With racial pride"). "You and Me," like "Question" from two years earlier, alludes to ongoing wars and conflicts, including Vietnam ("There's a leafless tree in Asia"), Africa ("Under the sun there's a homeless man"), and the Arab-Israeli conflict ("There's a forest fire in the valley / Where the story all began"). In the 1990 Documentary "The Moody Blues: Legend of a Band," Bassist John Lodge described "I'm Just a Singer (In a Rock and Roll Band)" as a response to fans who mistakenly read guru-like wisdom into the Moodies' often philosophical lyrics. The song makes a clear statement that the band is just as worried by the crises of the modern world and has just as few answers as everyone else.

In contrast, "The Land of Make-Believe" describes a utopian world where "heartaches can turn into joy." This highly melodic track employs a complex and counterpoint-filled accompaniment in which contrasting lines are introduced in succession: First by the acoustic guitar (played by Hayward), then bells (Edge), then bass (Lodge), flute (Thomas), and finally electric guitar (Hayward again). Each part is unique, but ultimately blends well with the others, in keeping with the theme of the song's lyrics ("Only love will see us through / You know what love can do to you").

As this album proved difficult to record, with a 1973 follow-up quickly shelved after inception, the group decided to go on hiatus after their tour of Asia in 1974, before reuniting for Octave in 1977 and its subsequent tour.

In April 2007 the album was remastered into SACD format and repackaged with four extra tracks. "Island", the fourth bonus track, was recorded in 1973 and is an incomplete recording of one of the songs that were intended to be released on the aforementioned follow-up record.

In 2008 a remaster for standard audio CD was issued with the same bonus tracks.
Music information in first post provided by The AudioDB
You must log in or register to reply here.
Share:
Share
Top