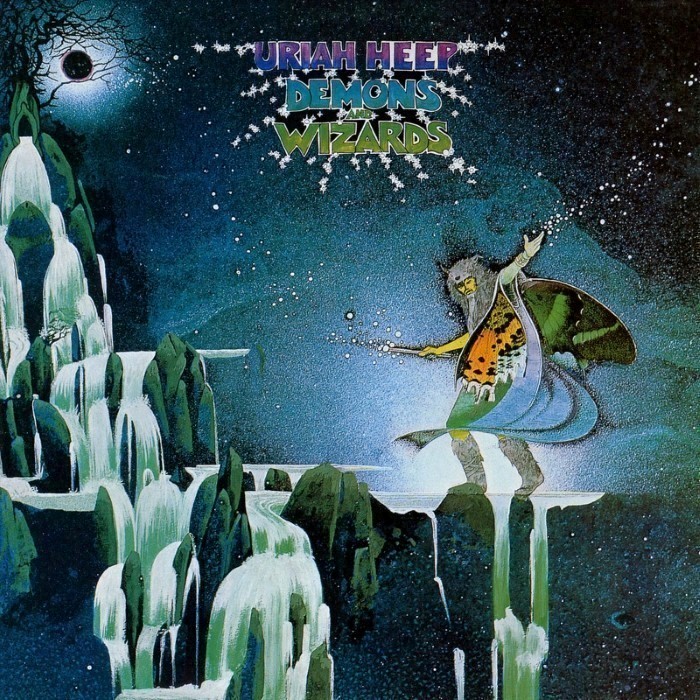 Overview:
This is the album that solidified Uriah Heep's reputation as a master of gothic-inflected heavy metal. From short, sharp rock songs to lengthy, musically dense epics, Demons and Wizards finds Uriah Heep covering all the bases with style and power. The album's approach is set with its lead-off track, "The Wizard": it starts as a simple acoustic tune but soon builds into a stately rocker that surges forth on a Wall of Sound built from thick guitar riffs, churchy organ, and operatic vocal harmonies. Other highlights include "Traveller in Time," a fantasy-themed rocker built on thick wah-wah guitar riffs, and "Circle of Hands," a stately power ballad with a gospel-meets-heavy metal feel to it. Demons and Wizards also produced a notable radio hit for the band in "Easy Livin'," a punchy little rocker whose raging blend of fuzz guitar and swirling organ made it feel like a '70s update of classic '60s garage rockers like the Electric Prunes or Paul Revere & the Raiders. However, the top highlight of the album is the closing medley of "Paradise" and "The Spell": the first part of the medley starts in an acoustic folk mode and slowly adds layers of organ and electric guitar until it becomes a forceful, slow-tempo rocker, while the second half is a punchy, organ-led rocker that includes an instrumental midsection where choral-style harmonies fortify a killer, Pink Floyd-style guitar solo from Ken Hensley. All in all, Demons and Wizards works both as a showcase for Uriah Heep's instrumental firepower and an excellent display of their songwriting skills in a variety of hard rock styles. As a result, it is considered by many fans to be their finest hour and is definitely worth a spin for anyone with an interest in 1970s heavy metal.