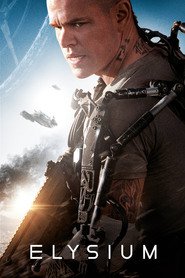 Plot: In the year 2159, two classes of people exist: the very wealthy who live on a pristine man-made space station called Elysium, and the rest, who live on an overpopulated, ruined Earth. Secretary Rhodes (Jodie Foster), a hard line government ofﬁcial, will stop at nothing to enforce anti-immigration laws and preserve the luxurious lifestyle of the citizens of Elysium. That doesn’t stop the people of Earth from trying to get in, by any means they can. When unlucky Max (Matt Damon) is backed into a corner, he agrees to take on a daunting mission that, if successful, will not only save his life, but could bring equality to these polarized worlds.

Validated XF Owner
Elysium is one of those movies where you can actually imagine the plot taking place. It's not that far fetched considering for the most part, the wealthy class already separates itself from the lower class today.

There are a few Afrikaans slang words that come into it that would probably once again be lost but not deal breakers really.
Movie information in first post provided by The Movie Database
You must log in or register to reply here.
Top Bottom