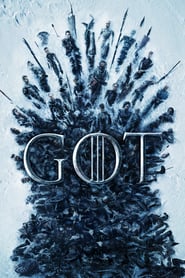 Overview: Game of Thrones is an American fantasy drama television series created for HBO by David Benioff and D. B. Weiss. It is an adaptation of A Song of Ice and Fire, George R. R. Martin's series of fantasy novels, the first of which is titled A Game of Thrones. The series, set on the fictional continents of Westeros and Essos at the end of a decade-long summer, interweaves several plot lines. The first follows the members of several noble houses in a civil war for the Iron Throne of the Seven Kingdoms; the second covers the rising threat of the impending winter and the mythical creatures of the North; the third chronicles the attempts of the exiled last scion of the realm's deposed dynasty to reclaim the throne. Through its morally ambiguous characters, the series explores the issues of social hierarchy, religion, loyalty, corruption, sexuality, civil war, crime, and punishment.

OSB Display Owner
Up to Season 5 now, just watched episode 9 last night
Really is the best thing I have seen... 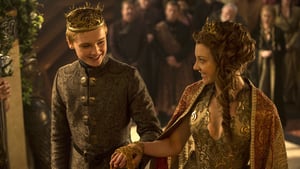 Up to this episode now.

Validated XF Owner
I would suggest starting with Season 1, Episode 1. There's a lot that happens throughout the series that if you don't follow it, you'll not understand things that are happening now.

But you could start now and then go back and say "AHA! Now I know why this and that happened"

You'll also learn how these little guys came about...

And understand them now... 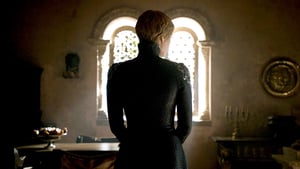 Tyrion counsels Daenerys on the upcoming campaign. Jon and Sansa discuss their future. Trials begin in King's Landing.
Sadly, in the season 6 final episode you can tell they are preparing for a big ending of the show in either season 7 or 8.

So far we really enjoying the series and I am now glad that I subscribed to Showmax just for this one alone.

Game of Thrones is one of only six television shows where we've purchased every season's blu-rays and ripped them onto an NAS so we can watch all of the episodes again if we ever decide to.

Since you finished Season 1, you now know how these little guys came about.

Validated XF Owner
Applications Owner
Raffles Owner
TMDb Threads Owner
OSB Display Owner
PayPal Balance Owner
Custom Add-On Owner
Social Groups Owner
XF2 Groups Owner
XF2 Raffles Owner
XF2 OSB Owner
XF2 Movies Owner
XF2 TV Owner
XF 2 PayPal Owner
XF2 Games Owner
XF 2 Style Stats
XF 2 Music Owner
Yes and I can see why you said I needed to start watching it from the start. I still have session 5 reordered from when it showed on our SAT TV. So once I am finished with session 4 I will watch this as it will save on bandwidth as Showmax is an internet service but I suppose you know that already. Because of the cost of our bandwidth this side I will need to be selective as to what we do watch. So far it seems the average episode runs at around 600MB and the HD well over 2Gig so I have to keep clear of HD but the normal quality is not bad at all so that is ok for us.

Unfortunately, you are late coming to the party. Like my wife and I we usually find a show we like late in it's life. GOT only has one or two more new seasons coming.