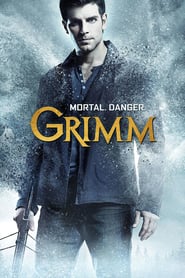 Overview: Grimm is an American police procedural fantasy television drama series. It debuted in the U.S. on NBC on October 28, 2011. The show has been described as "a cop drama—with a twist... a dark and fantastical project about a world in which characters inspired by Grimms' Fairy Tales exist", although the stories and characters inspiring the show are also drawn from other sources. Grimm ran on Fridays for the entirety of its first season. In March 2012, NBC renewed the show for a second season, which premiered on Monday, August 13, 2012, and continued on Mondays for four episodes, before returning to its original Friday timeslot on September 10. On April 19, 2013, NBC has announced they would move Grimm to Tuesdays beginning on April 30, 2013 for the remainder of Season 2 until May 21 after The Voice replacing Ready for Love. The third season premiere will return the show to its original Friday timeslot. Grimm was renewed for a third season on April 26, 2013.
Ž 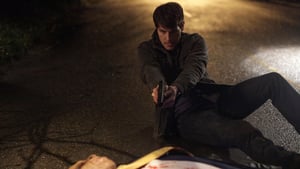 After the mysterious brutal attack of a local college co-ed, Portland homicide Detective Nick Burkhardt (David Giuntoli) discovers he is descended from an elite line of criminal profilers known as "Grimms", charged with keeping balance between humanity and the mythological creatures of the world. As he tries to hide the dangers of his new found calling from his fiancée, Juliette Silverton (Bitsie Tulloch), and his partner, Hank Griffin (Russell Hornsby), he becomes ever more entrenched in the ancient rivalries and alliances of the Grimm world. With help from his reluctant confidant, Monroe (Silas Weir Mitchell), a reformed Grimm creature himself, Nick must navigate through the forces of a larger-than-life mythology.
Ž 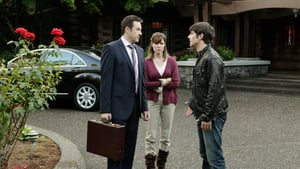 After a case of breaking and entering has one of the intruders go missing, Nick and Hank talk to a mysterious family whose cultural background blurs the line of right and wrong. The family is, in actuality, a family of bears who engage in a ceremonious right of passage in which they hunt humans—in this case, the two intruders. Nick convinces the father (Currie Graham) to help find the boys and save the family's prey. Meanwhile, Nick tasks Monroe with the safeguarding Aunt Marie (Kate Burton), who was almost killed the night prior by a hexenbiest (Claire Coffee). Monroe stops two people in the boiler room who were sent to kill Marie, but goes overboard and rips off one of arms of the attackers. As Monroe calls Nick to tell him, a Reaper assassin dressed as a priest attempts to kill Marie, only to be killed by her. Marie's last breath is used to tell Nick to find the bad ones and stop them. Nick moves the trailer, which holds all Grimm secrets, and grieves for Marie's passing as he begins his hunt.

Validated XF Owner
Applications Owner
Raffles Owner
TMDb Threads Owner
OSB Display Owner
PayPal Balance Owner
Custom Add-On Owner
Social Groups Owner
XF2 Groups Owner
XF2 Raffles Owner
XF2 OSB Owner
XF2 Movies Owner
XF2 TV Owner
XF 2 PayPal Owner
XF2 Games Owner
XF 2 Style Stats
XF 2 Music Owner
When I first started watching this it seemed to be one of those filler type shows that you could watch off and on. Each episodes seemed to be a story of it's own with not much of an overall story into the complete series. As season 1 progressed the over series story started to take shape and now in season 2 it has reach the stage where you cannot wait to see the next episode.

So far I have really started enjoying this one and would recommend it if you into these types of shows.

Validated XF Owner
Unfortunately, this is one of those shows that has ended.

If you enjoy SciFi then I can see why something like this is appealing.

Validated XF Owner
Applications Owner
Raffles Owner
TMDb Threads Owner
OSB Display Owner
PayPal Balance Owner
Custom Add-On Owner
Social Groups Owner
XF2 Groups Owner
XF2 Raffles Owner
XF2 OSB Owner
XF2 Movies Owner
XF2 TV Owner
XF 2 PayPal Owner
XF2 Games Owner
XF 2 Style Stats
XF 2 Music Owner
Well I have now watch this until the end of season 5 and of course we were left hanging so I sure hope we don't need to wait forever for the next season to be added. So far I have really enjoyed this series and if you into this type of show I would recommend watching it.

Validated XF Owner
Season 6 is still considered current since it ended in March of this year. I would expect it to be about a year before it is added to any online services.

Validated XF Owner
Yes, season 6 was the last season.
TV show information provided by The Movie Database
You must log in or register to reply here.
Top